In 2017, Landsbankinn took into use a new deposit and payment system, implemented various new features in online and mobile banking for both individuals and corporates and continued to improve access to self-service solutions in the Bank's branches. 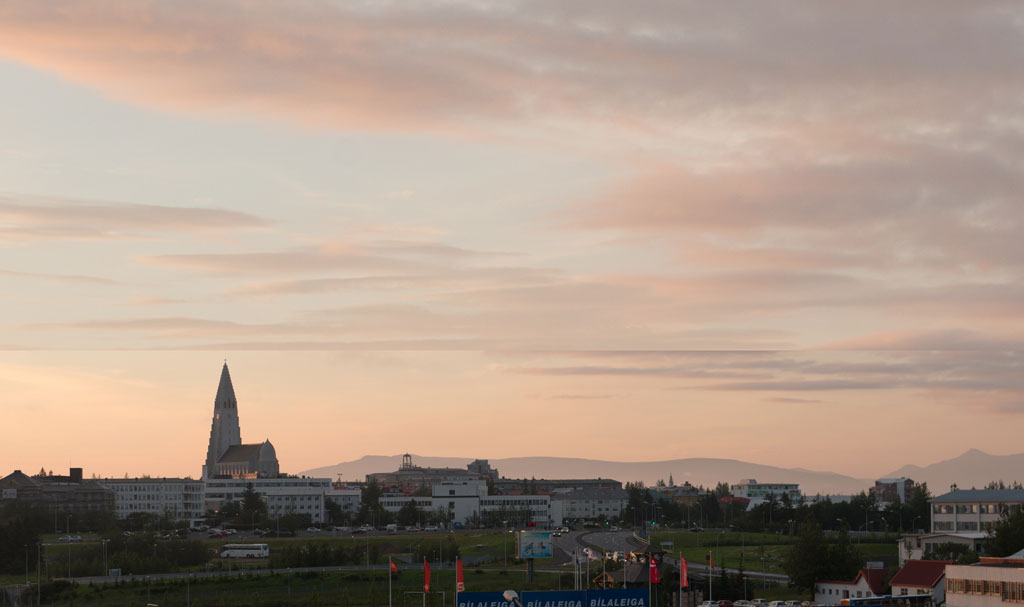 Landsbankinn takes new deposit and payment system into use

The new deposit and payment system Landsbankinn took into use in November 2017 replaced many of the older computer systems used by the Bank and the Icelandic Banks' Data Centre (RB). A new software solution form Sopra Banking Solutions replaced the older systems, elements of which dated back 40 years.

The project was very extensive and counts as one of the largest software projects undertaken in Iceland. The Icelandic financial system is based on real-time payments, meaning that transfers pass quickly through the system and can be made without delay. In most other places in the world, payment transfers take 1-5 days. It is much easier to switch payment systems under slower conditions than it is in Iceland’s real-time environment. Implementation of the Sopra system was the first real-time launch of a new system. While successful, some service disruptions did occur. The Bank's customers were understanding and met such disruptions with patience. The same must be said for the Bank's business partners and employees of other banks - the upgrade impacted the country's entire payment system.

The new Sopra system simplifies and updates the Bank's technological infrastructure. It is more economical and adaptable than older systems, meaning that it will be simpler and easier to introduce new features. The development process for new products will be much faster, with new financial products designed directly in the new system without necessitating special programming work. In B2B services, the new core systems will allow a much higher degree of tailoring to customer needs. The Sopra system also opens the way to increased integration of software solutions in the financial system.

Even though the new system has been taken into use, work on implementation is not over. In coming months and years, the focus will be on leveraging the possibilities the system offers for the benefit of the Bank and its customers.

The new Sopra system simplifies and updates the Bank's technological infrastructure. It is more economical and adaptable than older systems.

New features in online banking for individuals and corporates

Among new features introduced in online banking for individuals in 2017 is the option to apply payment equalisation to credit card bills in a simple and accessible manner. Self-service payment equalisation is based on the results of an automatic credit assessment which indicates whether a customer is authorised to apply payment smoothing directly through online banking. This feature was greeted with enthusiasm which once again confirms that customers are increasingly calling for a higher degree of self-service options. 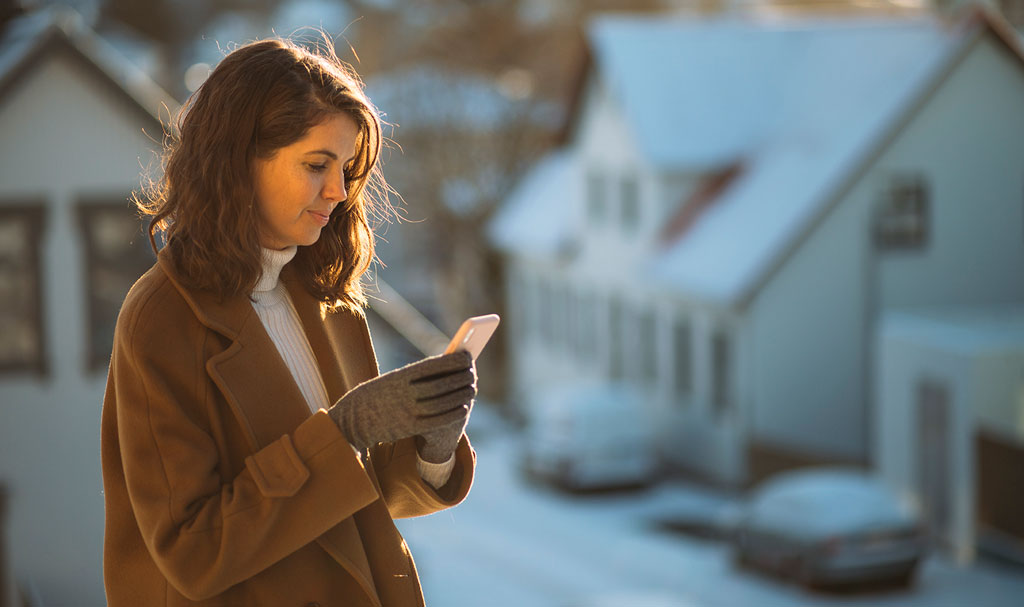 There was a considerable increase in the use of corporate online banking in 2017. Users have never been as many and average use has increased. Many new features were launched, from a significant speed increase of the system (for employers and in invoice payment) to more flexible access control and a more user-friendly login process.

Landsbankinn's mobile banking platform was chosen the best web app in 2016 by the judging panel of the Icelandic Web Awards. The award was presented on 27 January 2017.
Visits to personal online banking
Visits to mobile banking

Online purchase and sale of securities

Spring saw the release of a new version of corporate online banking that incorporates many new features linked to securities transactions. Transactions in equities and funds have never been simpler. Buy offers are made in only three steps and the same applies to sales. Online banking now allows customers to trade in individual equities and in funds, where ever and whenever, monitor transactions, view securities’ assets statements, their transaction history and market developments. For companies, there are various benefits of viewing securities assets and transaction histories through online banking, not least because customers incur lower costs.

The presentation of loan summaries was also greatly improved. Loan agreements (credit facilities) are presented individually for the first time. Important information is now provided about draw-downs, amounts for disposal under the loan facility, information about loan tranches provided for in the contract, etc. The loan portfolio can be viewed both in the original currency and converted to Icelandic króna, as appropriate. These changes are the first phase of a larger project focused on providing more accessible and comprehensive loan summaries.

Security in corporate online banking was strengthened with the application of the RSA security system which is also used in online banking for individuals. The security system learns to recognise user behaviour and context for each user in order to identify deviations. As a rule, customers will not notice the system working unless when it responds to discrepancies.

Cyber fraud and crime has been a growing concern in the past years and cybercrime grows ever more sophisticated. On a day-to-day basis, agility is the Bank's greatest defence; the ability to respond promptly to attempts at fraud and other present threats.

In November, Landsbankinn joined Nordic Financial CERT, a collaborative platform by Nordic financial undertakings that aims to strengthen cyber security and combat cybercrime. Nordic Financial CERT was established by three Nordic banks in April of 2017; Nordea in Sweden, DnB in Norway and Danske Bank in Denmark. Numerous banks and insurance companies have since joined, including Finnish institutions, and in November, Landsbankinn became the first Icelandic financial undertaking to join. Members of the organisation share relevant data on various attempts to commit online fraud and information on how to combat cybercrime.

Cyber security is addressed in more detail in the chapter on Corporate Social Responsibility. 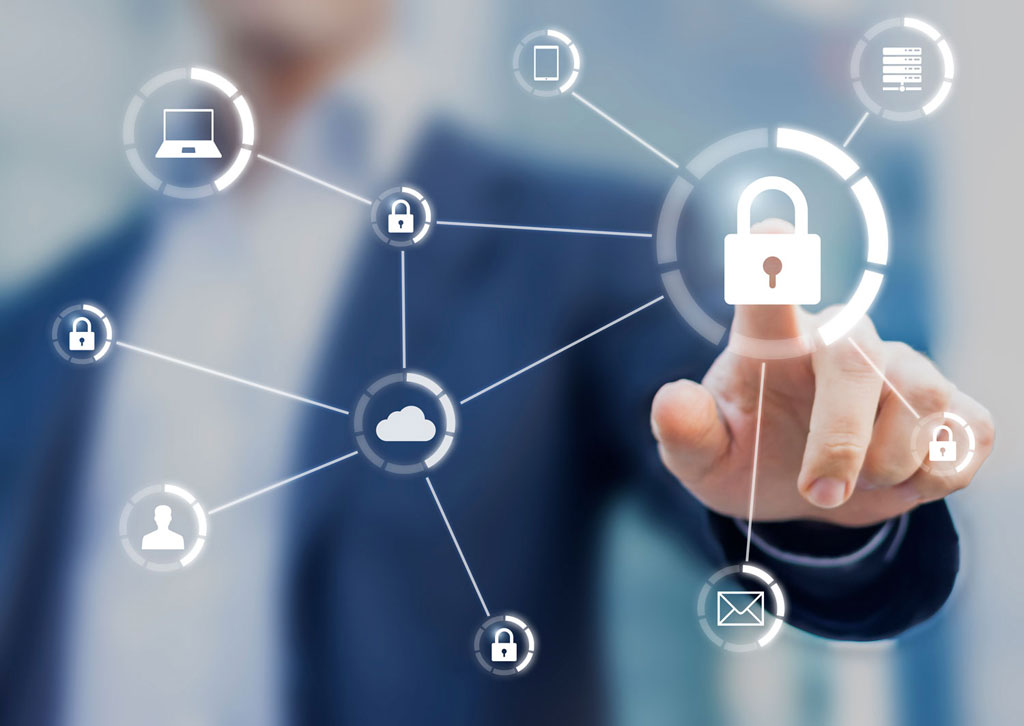 Next generation ATMs and increased use

As before, Landsbankinn operates the most comprehensive ATM network in Iceland. At year-end 2017, the Bank operated 80 ATMs in 73 locations throughout the country.

Landsbankinn has in recent years acquired more next generation ATMs. They allow customers to both withdraw and deposit cash. 17 such ATMs were in operation in 9 different locations at the end of 2017. In fall of 2017, the Bank took into use FX ATMs in all branches in the capital region. The FX ATMs are accessible during branch opening hours and have been well received. The foreign currencies available for withdrawal are euros, US dollars, pounds sterling and Danish krona.

With the proliferation of deposit ATMs and the new FX ATMs, use of these machines has increased considerably. Total turnover in self-service machines increased by just under 5% between 2016 and 2017. Conventional cash withdrawals have decreased by a small margin while other services, such as cash deposits, have increased a great deal.

Better banking in branches and outlets

In 2017, changes were made to the Bank's facilities in Borgartún and Austurstræti in Reykjavík. Key to these changes is the increase in ATM numbers, online computer terminals and other self-service solutions. Prior to implementing these changes, employees are trained in welcoming customers and offering assistance or instruction in use of the new solutions. The advantages are obvious - customers save time and effort, there is less strain on the branches and waiting time is reduced.

Experience of these changes has been positive. Around half of all customers who previously visited branches to seek service in simple matters now tend to their own business through self-service solutions or have activated automatic functions, such as direct debit.

The role of branches has been changing, from handling transactions which customers can now tend to themselves online or through ATMs, to being centres for financial advice. In 2017, 7,200 Landsbankinn customers received so-called 365° financial advice, a comprehensive financial review that extends to all aspects of household finances. More details on 360° advice are provided in the chapter on Personal Banking.

Landsbankinn's branches and outlets at year-end 2016

Changes to the branch network

In early 2017, the branch in Þorlákshöfn was converted into a service outlet managed by the Selfoss branch. This change represents cost-efficacy measures yet has little to no effect on the Bank's customers or on the services available.

A new and comprehensive act on data protection enters into force in Europe in May of 2018. This new legislation advances the rights of individuals a great deal and adds to the obligations of companies that utilise personal data. Landsbankinn has been preparing for the new legislation since the beginning of 2017. Preparation includes analysing new provisions concerning the handling of personal information and gathering information about all handling of personal data in the Bank. The Bank also worked on solutions to manage customer requests for copies of their personal data and transferring such data to a third party, as per customer request.

Landsbankinn is the first Icelandic company to appoint a dedicated Data Protection Officer. The main role of the Data Protection Officer is to manage, monitor and assess Landsbankinn's performance as regards data protection, handle instruction and education, and serve as contact person for cases that involve the processing of personal information.

More about the branch network 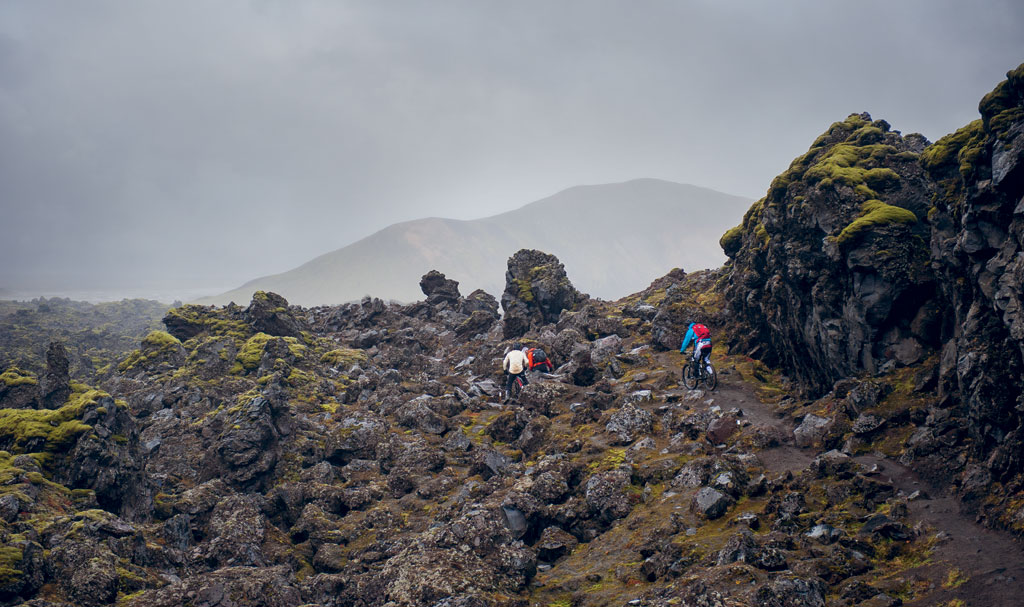 The new EU Payment Services Directive (PSD2) will lead to major changes in the financial market.

The new EU Payment Services Directive (PSD2) will lead to major changes in the financial market. The Directive will be transposed into Icelandic law in stages in 2018 and 2019. Landsbankinn expects that the Directive will boost competition and improve the quality of payment service and related services. The Bank has utilised 2017 to prepare for the implementation of the Directive and that work is on-going. The Bank views the PSD2 Directive as an opportunity to develop financial services even further and offer customers even better products and services. Following the implementation, customers will be able to grant companies, including so-called fintech enterprises, unlimited access to their deposit accounts for such purposes as making payments. The Directive opens up the European payment market, giving customers the option of selecting where to bank, domestically or in Europe. This is a radical change, both for banks and consumers. It is clear that the PSD2 Directive will lead to stiffer competition but Landsbankinn's market position is sound and the Bank is well equipped to meet new challenges in payment service.

This online Annual Report is published subject to reservations regarding possible errors. Should typographical errors, discrepancies or other obvious inconsistencies be discovered, Landsbankinn reserves the right to correct these and to update the online Annual Report accordingly in each instance.